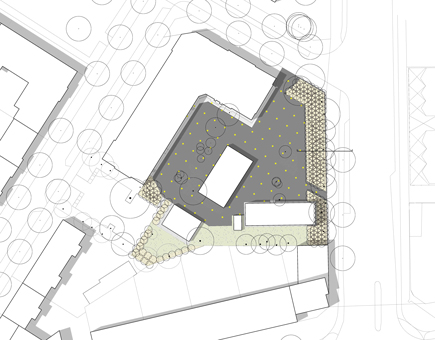 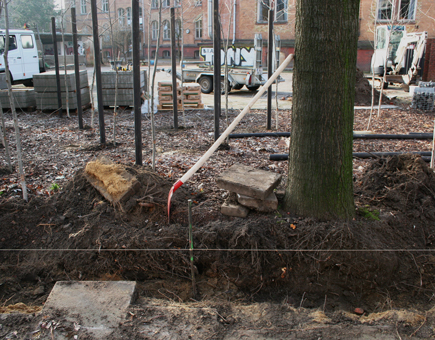 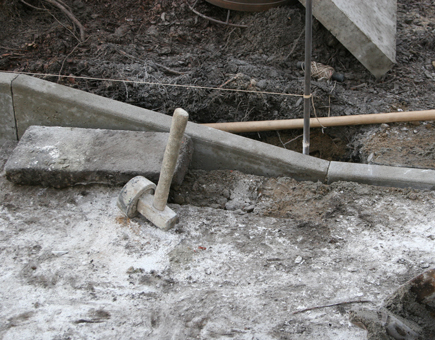 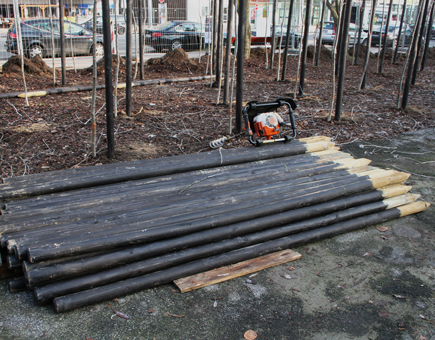 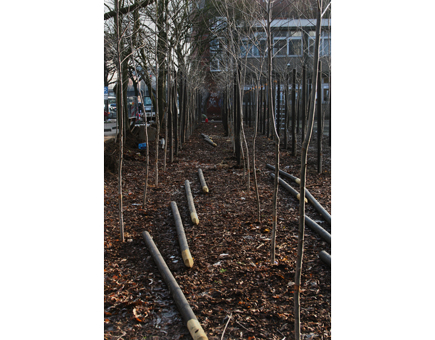 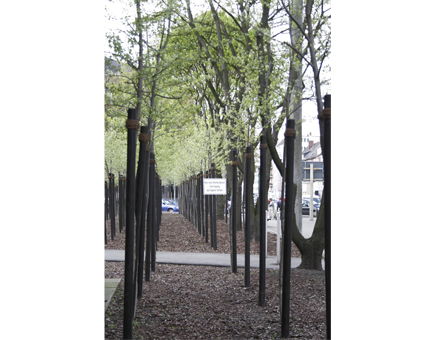 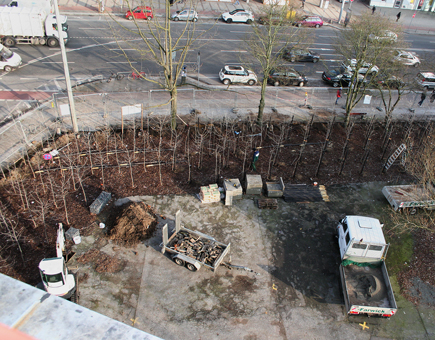 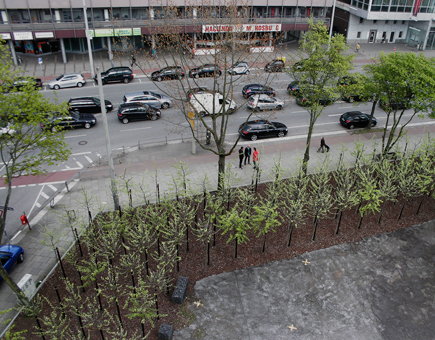 The HafenCity University - the University Of The Built Environment And Metropolitan Development (HCU) is a rather young Institution in Hamburg being found in 2006. The idea of a University, specialized in Architecture, urban planning and civil engineering arose together with the development of The HafenCity district. The University as an educational and cultural Institution was established as integral part of the new HafenCity. But when founded its future building was still under construction. So its departments found a temporary home in existing buildings spread over the City. The Campus Averhoffstraße was one of three sites and hosted the Department urban planning, landscape architecture and metropolitan culture. The given facilities at Averhoffstraße, like the building and the courtyard dated back to the 50ies, being in a rather desolate state and needing a temporary makeover. The department of landscape architecture announced a competition for students to develop a temporary design for the outer courtyard. The winning entry suggested to redefine the former building boarders of the plot with dense rows of poplar trees implementing the existing trees. The execution and construction of the design was coordinated and realized by the department of landscape architecture. It developed all construction drawings and handled all necessary processes for execution like cost calculation, invitation of tenders and construction site inspection. 200 poplar trees were planted in a specially developed grid. The grids forms an transparent, permeable border separating the campus from the sidewalk and street without closing it, but creating the campus as a formal defined space. To plant the trees a strip of asphalt was trenched and replace with earth and mulch. The dark mulch gives the tree bed an even surface and doesn’t allow weed to grow through The young and thin trees where bound to two meter high, black poles. The poles emphasize the regular grid and open up new exciting views with intensified perspectives.