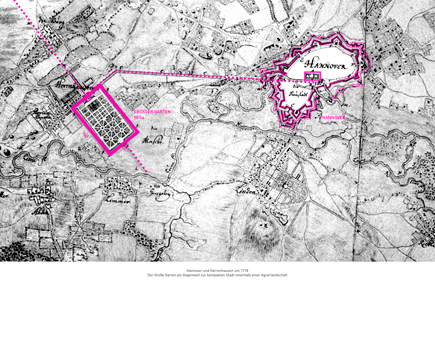 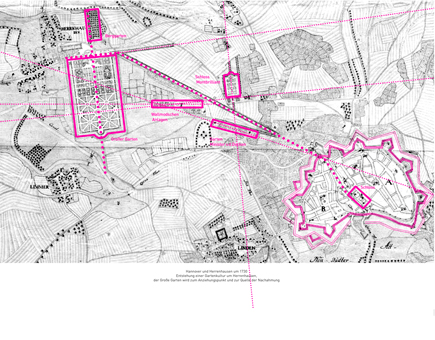 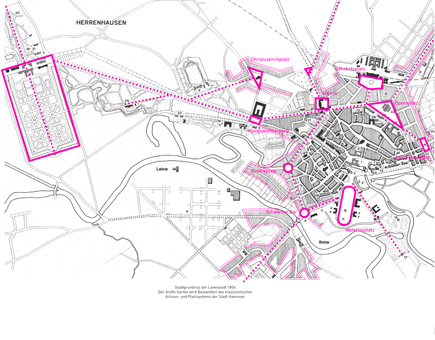 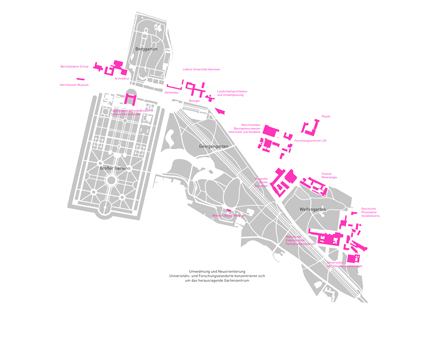 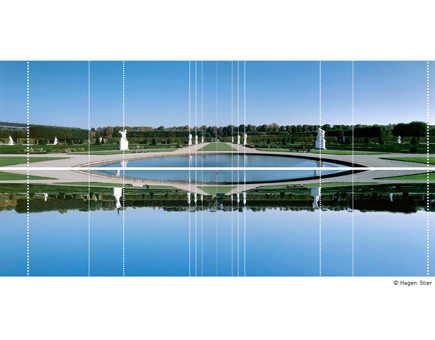 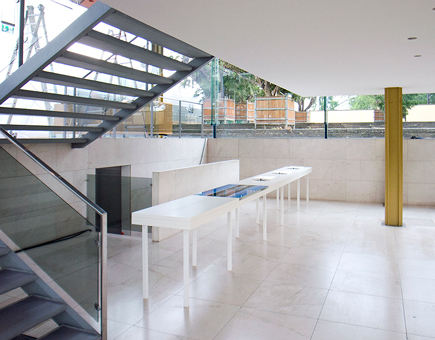 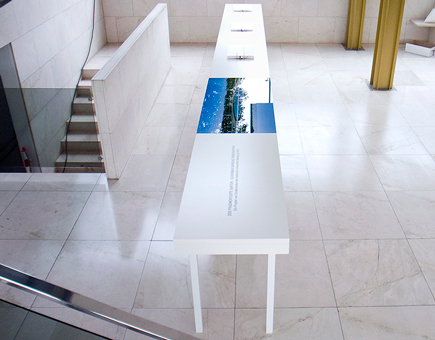 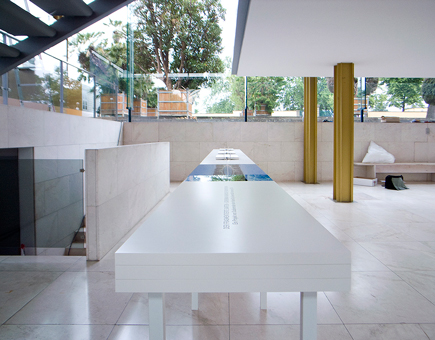 During the KunstFestSpiele Herrenhausen, an annual and internationally recognized arts festival, the world-famous baroque garden, the “Großer Garten” of Hannover, temporarily becomes a festive space for reflection and dialogue between the old and the new in music, arts, and theater. In 2011, the festival’s motto “Unleashed worlds” inspired us to initiate a study project, reimagining the monumental garden as a vivid space for play and change. Originally a princely residence located outside of the city, the great garden is a historical fragment of high value to the cultural identity of the city today. The garden’s basic structure is still originally baroque, but its decor is a relic from the 1930s and 1960s – an unsuspected and certainly a barely perceived contradiction. Also, the recent reconstruction (as a modern conference center) of the former castle, which used to be located in the garden and was destroyed in the Second World War, spurred a rediscovery of the garden as an academic place. Today, the garden ensemble of Herrenhausen more or less resembles a campus. But can the park and its surroundings absorb the new and old functions to become an inspiring space for academic exchange and stimulation? Due to the singularity of the garden and its change in function and meaning, the study project focused on the non-seclusion of this place. We discussed its fragmentary as well as its contradictory character and tested different ways of thinking and designing: known facts were transformed, old patterns cracked, and new samples invented. Selected ideas for chosen locations in the great garden, sketches, and fragments of thoughts developed by architecture and urban planning students were documented and compiled in a catalogue consisting of three volumes. The catalogue and a special photograph by photographer Hagen Stier then became exhibition pieces, arranged and mounted on a specially designed table. The exhibition reveals that research is not only descriptive but also engaging and can thereby expand the view on this garden space and open up new ideas. It perfectly completed the unique space and function of the Arne-Jacobsen-Foyer, which functioned as a meeting and discussion point during the festival.