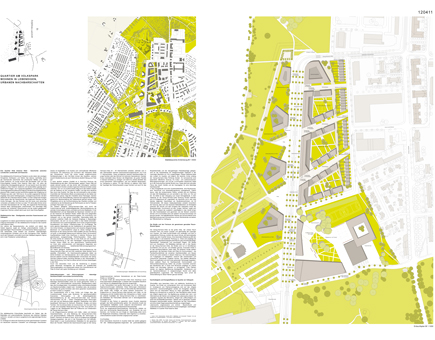 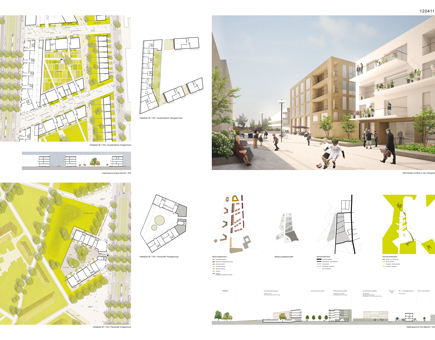 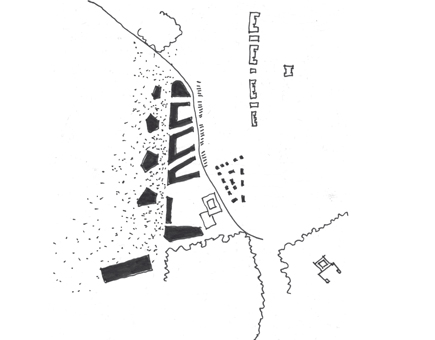 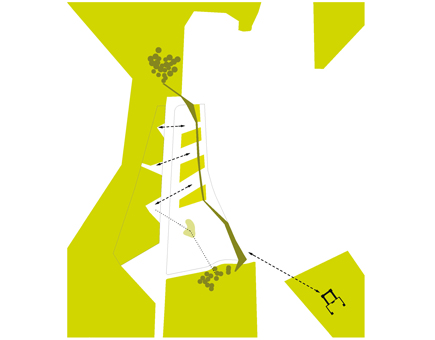 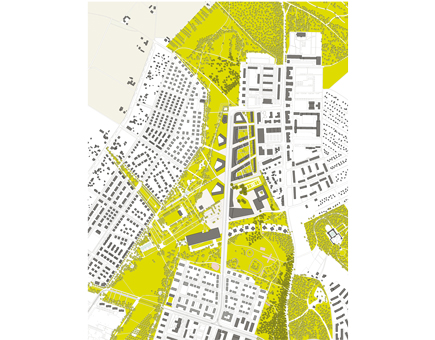 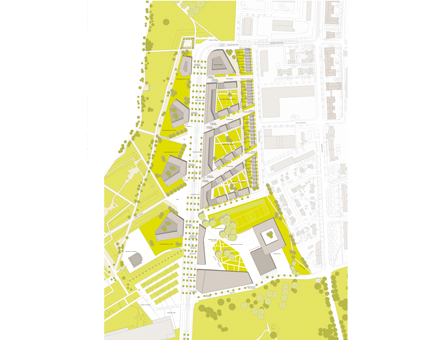 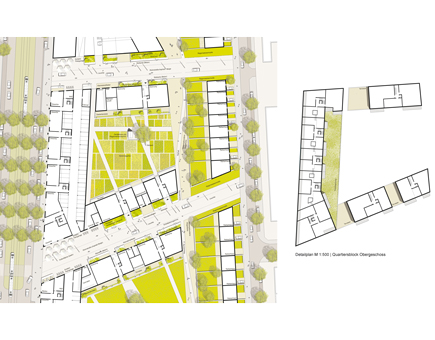 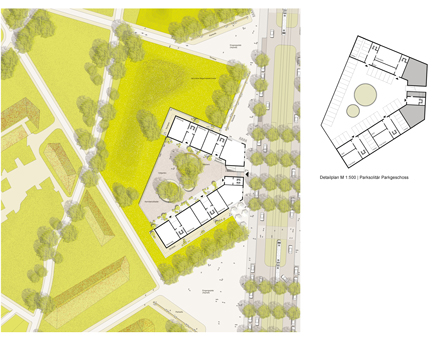 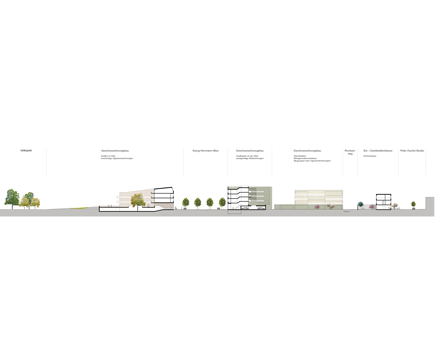 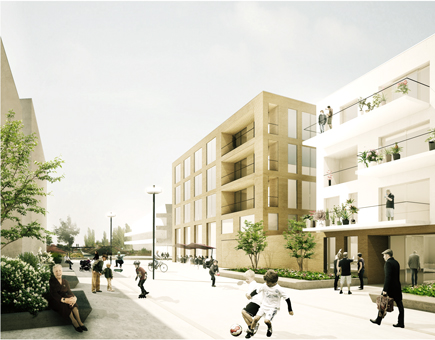 In addition to its well-known royal palaces and gardens, Potsdam’s history was very much influenced by the Prussian military. For more then 130 years, the Bornstedter fields were used as military training areas. Old barracks, parade grounds, ramparts, antitank ditches, and bunkers are leftovers from that time. In 1833, J. P. Lenné implemented these military areas in his “Verschönerungsplan” (beautification plan) for Potsdam, and they became part of Lenné’s carefully arranged and staged image of an aesthetic landscape. Within the open fields, Lenné planned groups of trees, called “Remise,” mainly consisting of oak trees to provide shelter for the grazing animals. The “Remises” were connected by a path – the “Remisen-Weg.” Some of the “Remises” still exist and have become precious monuments and natural habitats, testament to Lenné’s ideas of beautification. These historical structures and landscape elements formed the base and inspiration for the urban design concept for the new district “Rote Kaserne.” Starting with the existing building scales in the east, the surrounding parks like the Volkspark in the West and the Waldpark in the South, we developed an urban fabric that incorporates and intertwines these elements within an independent and unique structure, creating a rather dense district, precisely defined by its building volumes and edges. The new district’s center is characterized by urban blocks with green yards. Different block heights mediate between the urban scale of the main boulevard and the suburban scale of row houses to the east. The block edges afford new vistas of the Volkspark, and their interior infrastructure, defined as shared spaces and play streets, is connected to the park’s entrances. The western edge of the district is defined by the volumes of the new “Park-Solitaires” – highly condensed blocks that form a porous and open edge to the Volkspark in the west. An pre-existing independent cultural building on the corner between the huge solitaire of the Biosphärenhalle and the school in the south of the new district disrupts the space between the two. In a nod to the “Remisen-Weg,” a new path cuts through the district from north to south, connecting a “Remise” in the south with one in the north. It follows the former course of the historical path, accompanied on one hand by the private courtyards of the apartment blocks and on the other hand by the row houses’ gardens.