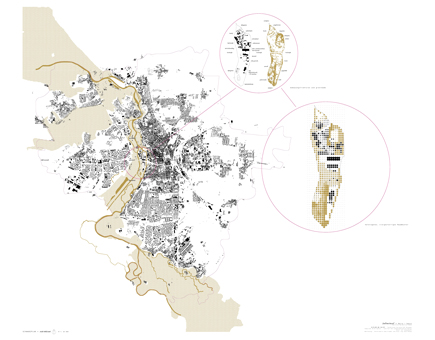 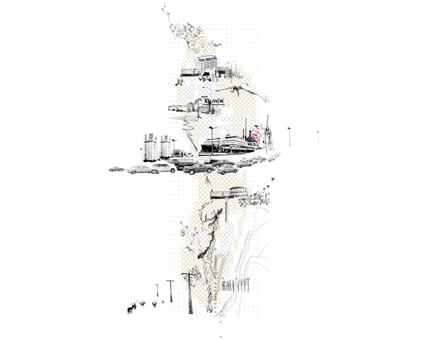 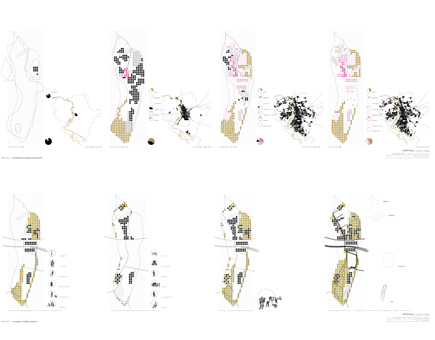 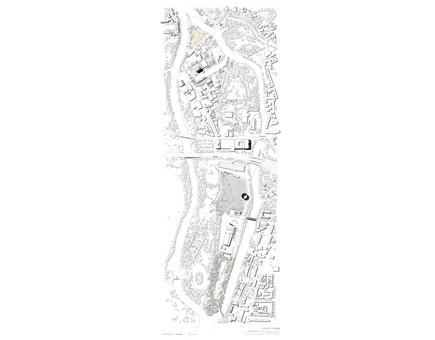 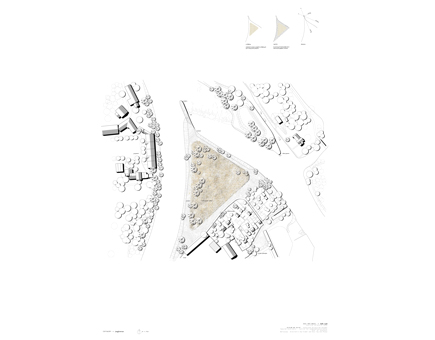 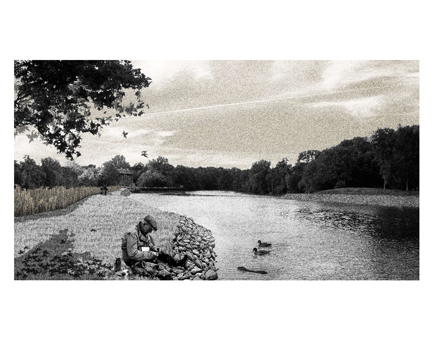 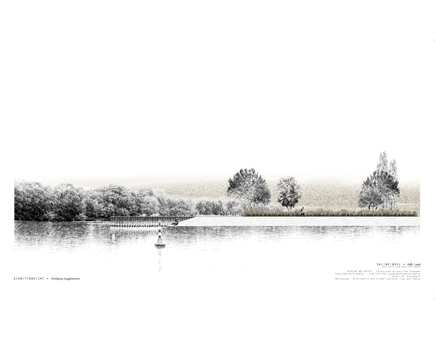 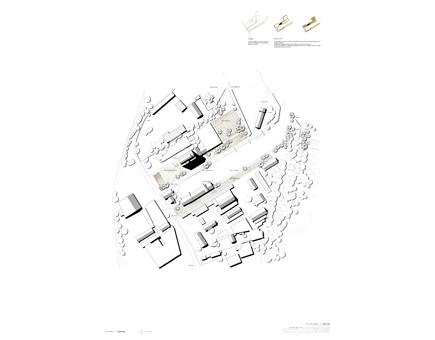 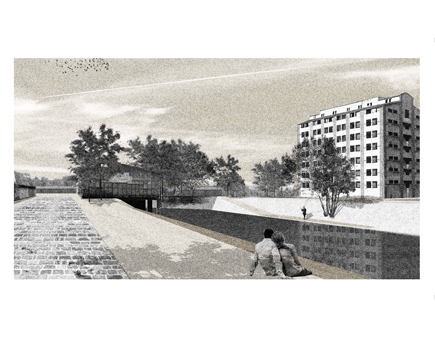 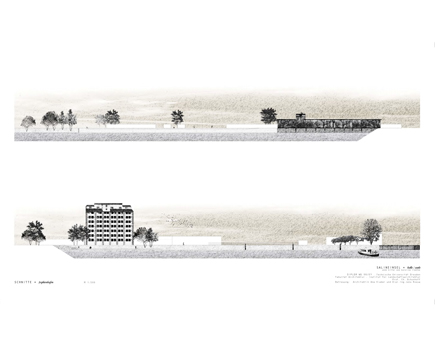 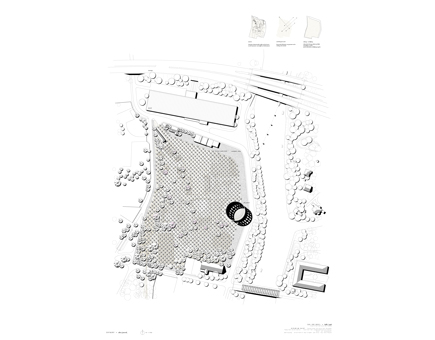 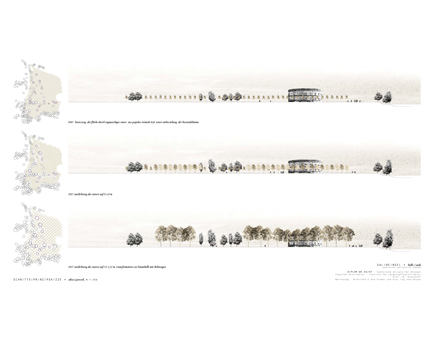 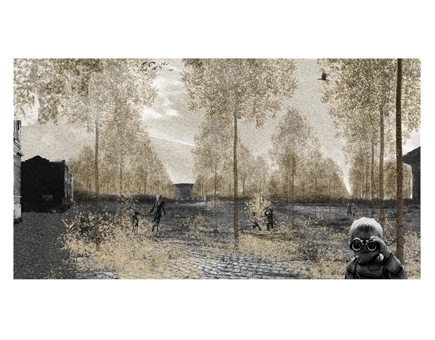 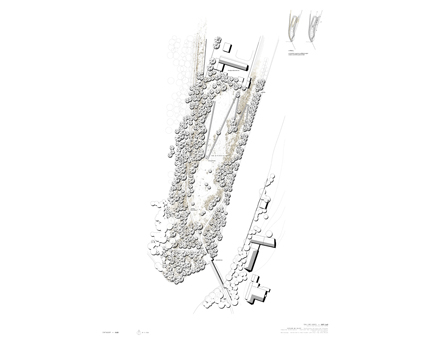 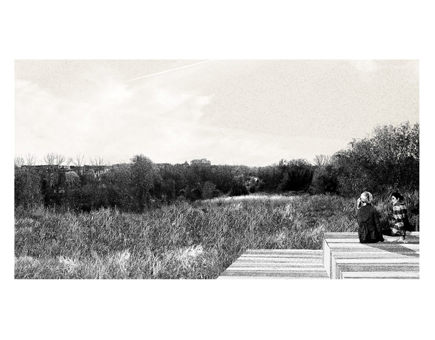 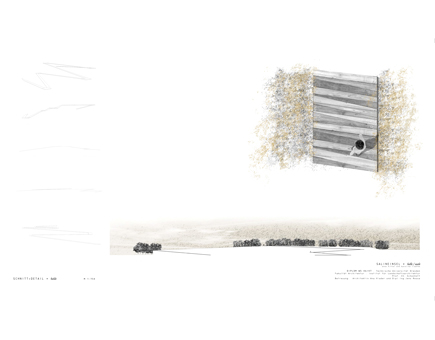 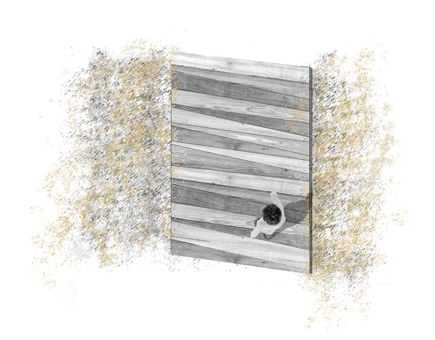 Halle/Saale is a historic city in the former GDR, located at the river Saale. The political and economic changes after German reunification brought fundamental change: drastic unemployment rates led to a shrinking city as people left the city by the tens of thousands. Many places in central areas of the city were left abandoned, and rural vegetation took over. These special conditions called for a very different design approach – too much space for far too few people, too much nature and too little culture. In the context of the master’s project, we focused on the Salineinsel (saline island), which connects the old town, the “Altstadt,” with the new town of Halle, the “Neustadt,” a Socialist city planned for around 90,000 chemical-industry workers in the late 1950s. We analyzed the changing shape, land use, and meaning of the saline island from 1760 to 2007 as the aspects related to the growth and development of the city of Halle/Saale. Today, the island is a heterogeneous, fragmented carpet of different pieces of land use from different ages and political systems. We found deserted industrial areas, an abandoned harbor, dwellings, an open-air swimming pool, fragments of a park, and wild natural habitats. Each of them was characterized by a very special atmosphere and spatial appearance. Fragments of former uses, interesting vistas of the city, and diverse vegetation in all stages of succession generated a feeling of being far away from the city. With these findings in mind, we developed a design strategy for four selected sites, using the characteristics and dynamics of the found sites to underscore their individual identities. The design proposed future uses without dictating final solutions; furthermore it offered open and flexible space to react to the found structures and raised awareness of their qualities. Our design did not fulfill a certain program; instead it used, aestheticized, and furthered the found dynamics.