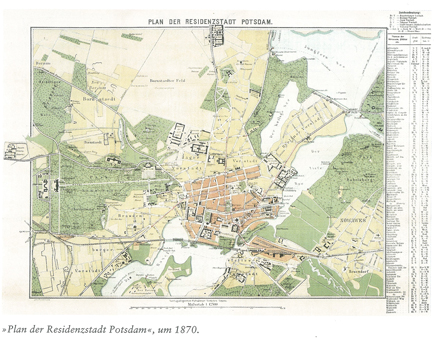 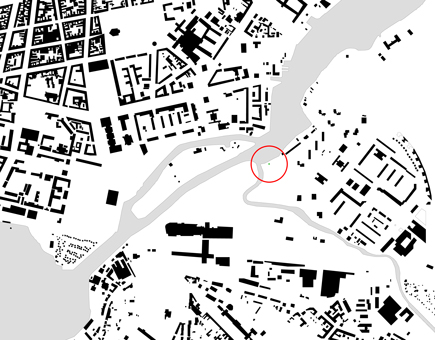 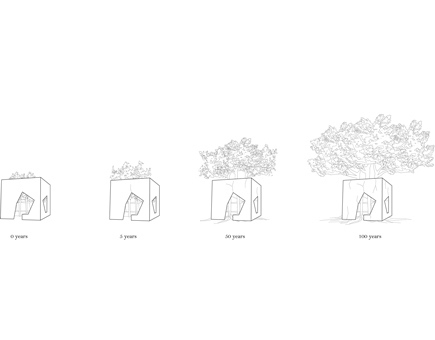 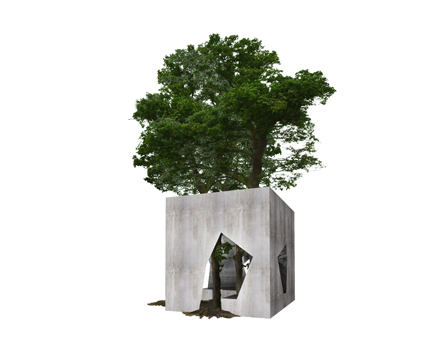 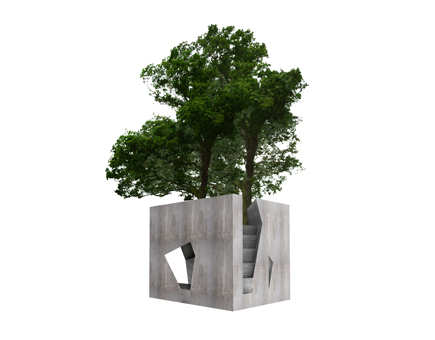 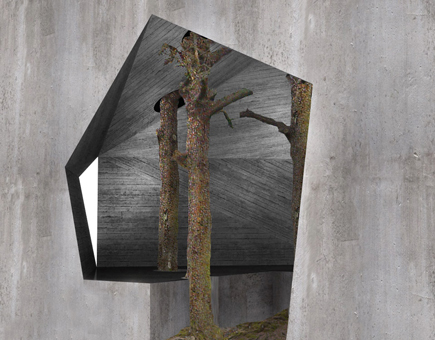 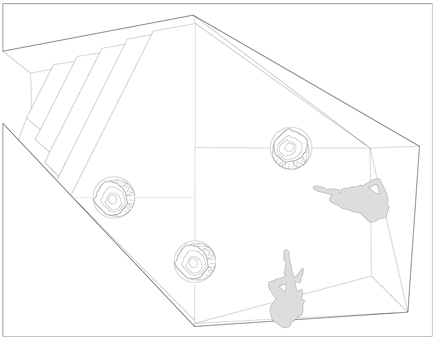 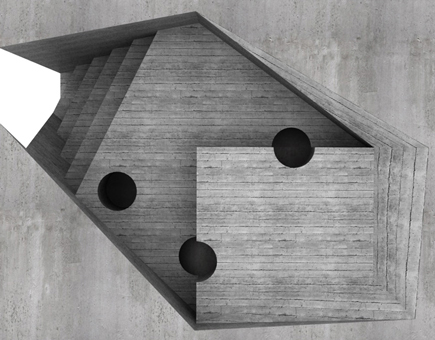 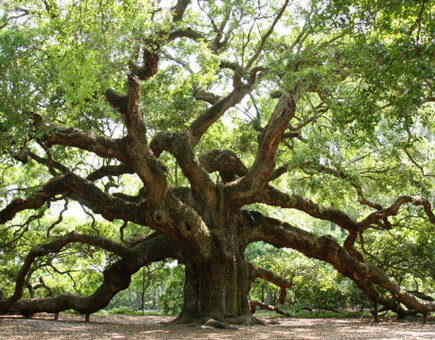 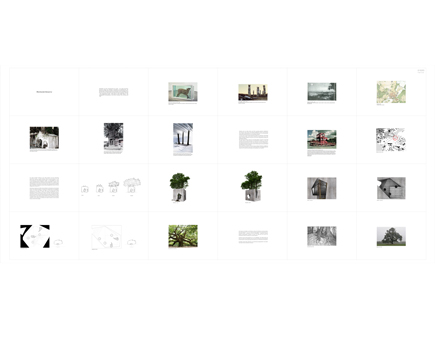 SCHINKEL AWARD 2012, POTSDAM
Design of a Garden Folly for the annual Schinkel Competition “Ideal Realities Potsdam” in 2012, honored with the Schinkel Award in the Fine Arts category for the project “Growing Preserve” with Architect Sigurd Larsen (Berlin)

The city of Potsdam is held together, completed, and staged by its gardens and parks. They are an expression of great visions and enrich our daily empirical world with an existential dimension. They are a symbol of continuity and at the same time of constant change. Gardens are places of quotes and memories. Arranged micro-architectures reflect the owner’s attitude or point to the finitude and transience of life. They are places of retreat and reflection and often function as vistas, setting up unexpected views and creating new relations to its surroundings. When creating a garden or planting a tree, one creates an image that will first fulfill itself over a period of fifty to one hundred years. It thus becomes a gift to the following generations. Only they will experience the garden as conceived by its author. The project “Wachsende Konserve” (“Growing Preserve”) wanted to give the city of Potsdam and its future generations such a gift. It aimed to create an image that reveals its full force only within a period of at least one hundred years and can at the same time be understood as already being in decay. The project created a place of retreat and reflection. It demonstrated the impossibility of statics and the inevitability of change and transience. We suggested to plant three trees in a folly located opposite of the old town of Potsdam. The trees will grow, and their strength will slowly cause the folly to burst. Over a long period, an always-changing picture of growth, completion, and impermanence emerges. It creates a site beyond daily routines. The folly, a cube expressing the most abstract version of a building, is placed within the park landscape of Potsdam. The cube is cut and hollowed out, creating an interior and exterior. The exterior is characterized only by smooth walls. The walls inside are skewed and stepped, their surface is rough and structured. The interior is accessible. You can sit down, take a look beyond or up into the crown of the trees. The folly’s interior encloses the trees very closely. Their growth and strength will make the walls crack, and the fractures will form new patterns on the surface of the temple. But soon the fractures will become wider joints. Parts and pieces from its facade will fall, the cubage of the folly will change, the roots and stems of trees will grow from the inside out, will become part of the outside. The process of cracking and breaking the folly is controlled by the material – reinforced concrete – and the construction. The reinforcement is interrupted along the lines of the tree holes. These deliberately placed vulnerabilities allow the concrete to break under the pressure of the growing stems and roots. Oak trees were selected to grow in and out of the folly. They are sturdy trees, very large with massive trunks and overhanging branches. Their picturesque appearance is an exciting contrast to the simplicity of the folly’s structure. The trees represent strength and growth as well as mortality and decay. The folly becomes a symbol of creation.