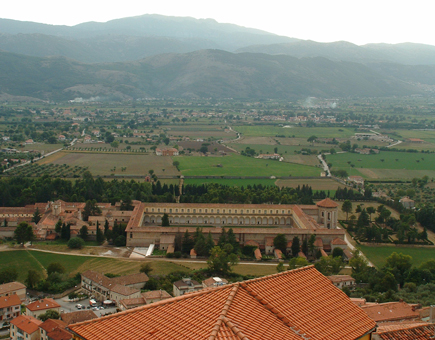 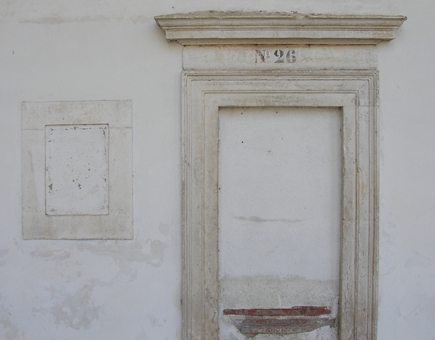 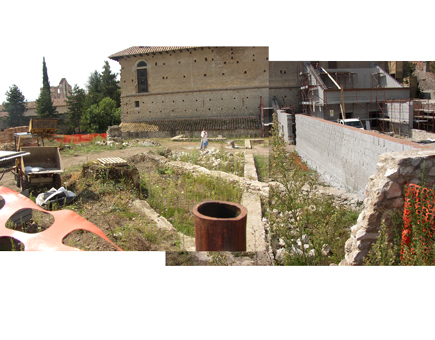 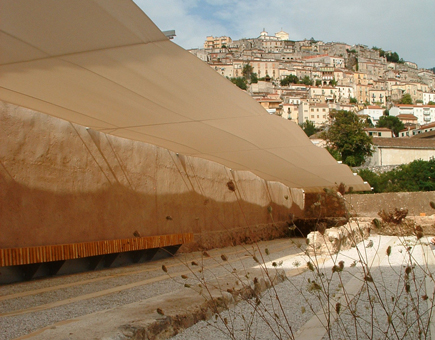 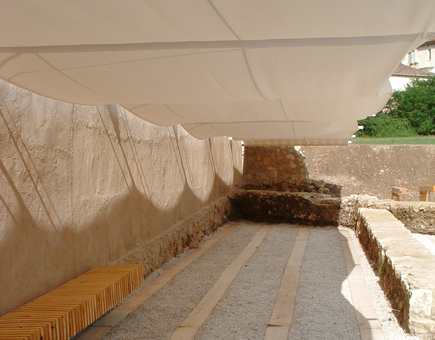 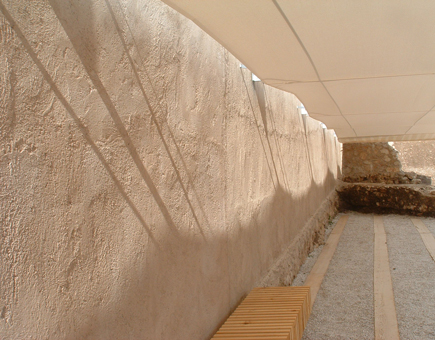 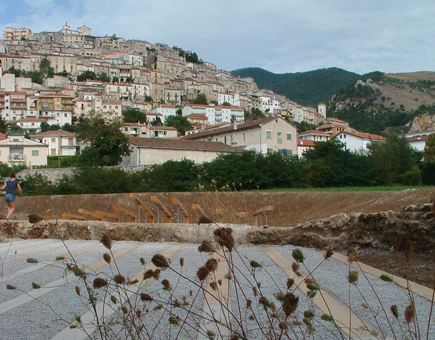 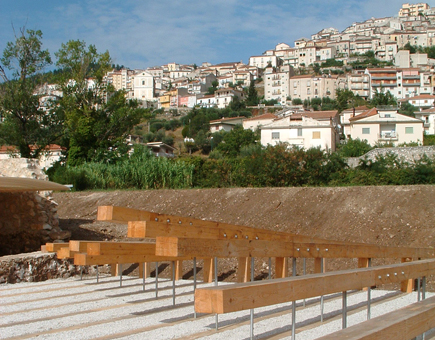 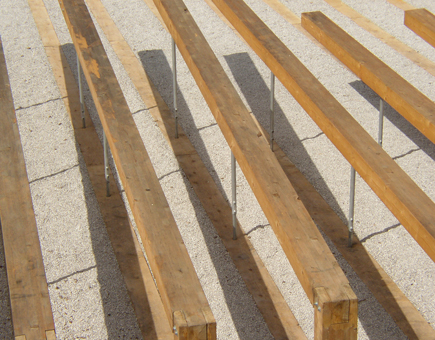 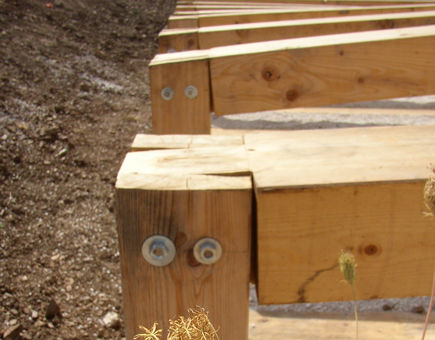 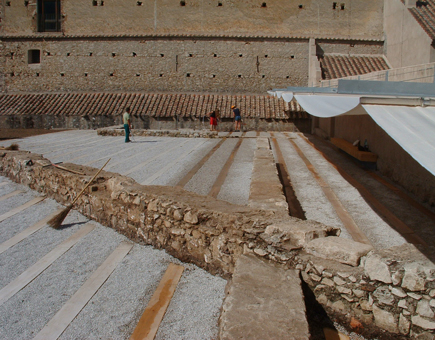 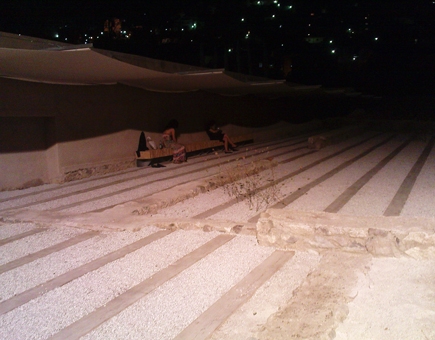 The Carthusian Monastery of Certosa di San Lorenzo in Padula is one of Europe’s most important monastic complexes, as proclaimed by the Unesco World Heritage foundation. The planimetric plan, distribution, and organization of architectonic space reflects the religious life led by the Carthusian order. The cloister seems like an ideal pattern implanted in the valley surrounded by softly shaped mountains. A dramatic landslide caused by heavy rains flooded the outer courtyard of the cloister and destroyed Cella 26 in the late nineteenth century. The outer walls and all of Cella 26’s buildings, such as the colonnade, were destroyed, left as ruins in the cloister’s garden. The ideal shape of the cloister was broken, creating a new, special site. The introverted and intimate space changed into an extroverted, opened space offering a spectacular view of the village of Padula, situated above the cloister on top of a mountain. The area of Cella 26 lies in front of the visitor as a hot and light, stony and harsh open field, creating a very unique, calm atmosphere. The project’s goal was to make visible the event of the landslide and the process of breaking up the ideal architectural pattern and at the same time to preserve the garden’s the unique situation. To this end, a linear, clear structure of straight lines – an “ideal pattern” – is stretched out over the assumed perimeter of Cella 26. At the edge of the Cella, where the garden meets the landscape, the pattern folds up, becomes three-dimensional, and is thrown back. Doing this outlines the former border of the Cella and visualizes the dramatic event of the earth masses breaking into the garden. The three-dimensional sculpture creates a diffuse border and a new pattern of light and shadow lines, overlapping and disturbing the pattern on the ground. A light sunshade made of white textile mimics the position of the former porticos of Cella 26, creating a sheltered and shady atmosphere in the hot and dry garden. A wooden bench under the shade offers a calm place for contemplation and reflection.